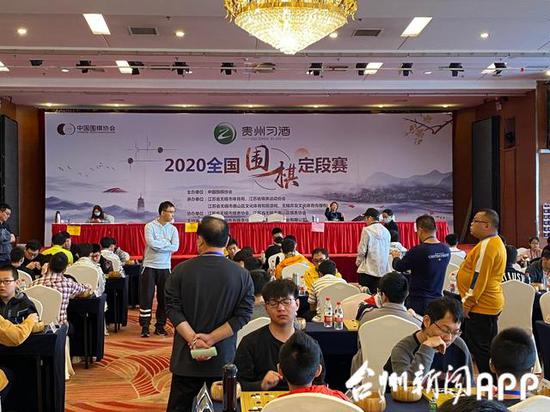 Xu Yidi hit the national fixed-stage match for the fifth time this year. In the first three rounds, Xu Yidi played steadily and won all three games. After losing in the fourth round, he adjusted his state in time and won eight straight. In the fourteenth round, Xu Yidi scored a crucial point and succeeded in a round ahead with a record of 12 wins and 2 losses, becoming the tenth professional chess player on the rooftop.

This is the fourth time Ding Kewen has participated in a fixed stage match, and the process is also thrilling. After losing the first round against "women's champion" Xu Haizhe, Ding Kewen quickly adjusted his mentality and won four games in a row with a fiercer chess style. In the sixth round of the game, Ding Kewen faced his rival Feng Yunjia. The old opponent was extremely jealous at the meeting, and after a fight, Ding Kewen was defeated. Since then Ding Kewen has no opponents, easily won five consecutive rounds, 9 wins and 2 losses Ding Kewen in the last two rounds, regardless of victory or defeat, has been successfully determined as the first stage of his career.

With the popularization of the game of Go in the country, and professional players making great achievements in the international arena, more and more people dream of becoming professional players. The fixed stage is the key way to enter the professional ranks, so it is called " Go college entrance examination". According to statistics from the media, the probability of a certain stage in Go is about 4.4%. Even if the "adult group" was added two years ago, the probability of a certain stage is far lower than the national college entrance examination admission rate.

Tiantai is the first hometown of Go in the country. In recent years, the game of Go has been in full swing. Competitive Go and the popularization of Go go hand in hand. Not only has it successively hosted high-level international competitions such as the World Women's Go Team Championship, the Go game has also entered the campus and become students Elective courses. Tiantai also set up the country's first "Go Day" to promote the Go culture and use chess as a medium to create new highlights in culture, tourism and sports.